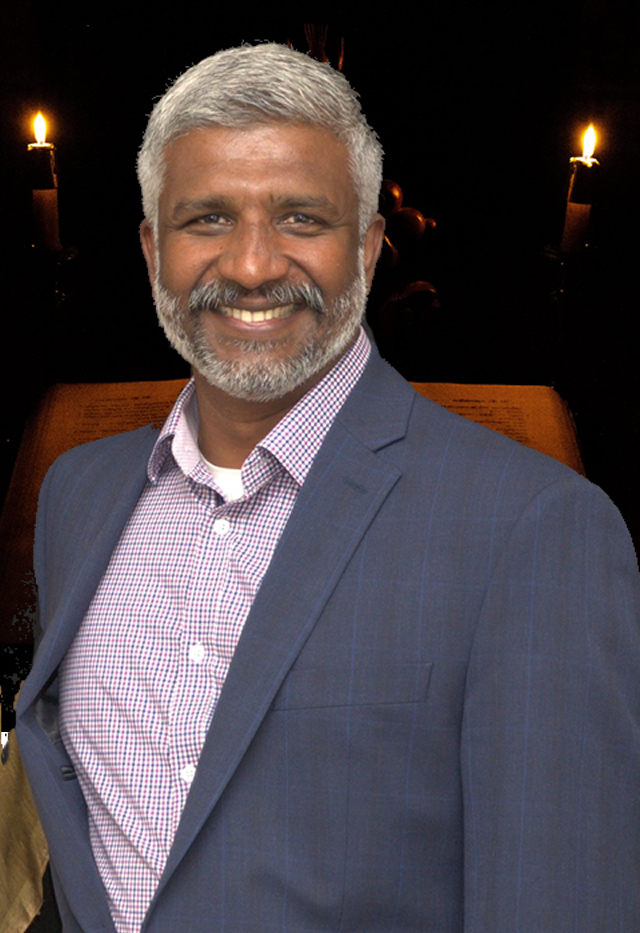 Anil V. George was the loving son of Ms. Lilly George and Late Mr. Cheriyan George, beloved husband of Beena Thomas, and devoted father of Melanie and Joshua. He was a caring younger brother to Anita George, who spread the love and joy of our Lord Jesus Christ through his life. He left very soon but used every moment of his life to share his warmth and bring cheer to all near and far.

Born to the Viripil family, Anil grew up with his parents and sister in Bilaspur, Madhya Pradesh, India from 1972-1993. After completing his Bachelor’s Degree in Engineering, Anil traveled and worked in several locations, including Madras and London before coming to the United States in May 1998. Anil worked as a Senior Application Analyst for the District of Columbia Government’s Office of the Chief Financial Officer (OCFO) for the last 16 years. He married Beena on February 8, 1999. Anil and Beena were blessed with their daughter, Melanie Lillian George in 2002, and in 2005, they were blessed with their son Joshua Viripil George.

Anil loved to serve and took immense pleasure in helping others. He was a very active member of the St. Gregorios Indian Orthodox Church for the last 23 years, during which he held several key responsibilities: Secretary, Board of Trustees, and Diocesan Assembly member. Anil was faithful, hardworking, and eager to put others interests always ahead of his. He treated the children of the parish as his own and his fellow members as family. He stands as a role model for the youth, his friends, and the entire church congregation. Outside of his daily responsibilities, Anil volunteered at the Reston Shelter and cooked countless meals for their residents for the past 10 years. He was an amazing cook, who enjoyed hosting and cooking delicious food for his family and friends. Additionally, his green thumb was evident through his garden at home, and he took great delight in sharing his harvest with the church family.

Furthermore, Anil enjoyed music and entertained his friends and family with his excellent singing skills, especially Hindi songs from the 70s and 80s. Additionally, he was a sports fanatic who passionately followed and played cricket, football, basketball and all sports. He was a great athlete and teammate, who served as the Captain of the St. Gregorios Cricket team.

He doted on Melanie and Joshua and encouraged them to reach their fullest potential. Anil spent countless hours driving them to several sports events, tournaments, and church competitions. In 2020, Melanie was inducted as a cadet in the United States Military Academy in West Point, New York, a testament to his continued guidance and support toward his children’s ambitions.

Anil had an endearing and vibrant smile that remains in our hearts. Even though he left us unexpectedly, his presence, strength, and love lives not only through his mother, wife, and children, but also through all the people who have been blessed to meet him.

The Measure Of A Man

These are the things that measure the worth

Of a man as a man, regardless of birth

Was he ever ready with a word of good cheer?

To bring back a smile, to banish a tear?

But – Had he befriended those really in need?

Not – What did the sketch in the newspaper say?

But – How many were sorry when he passed away?

These are the things that measure the worth

Of a man as a man, regardless of birth

Author Anonymous
Always In Our Hearts