After many years of renting Round Oak Baptist Church, in April 2000,the congregation purchased a 4.25-acre property located at 2337 Fairland Road, Silver Spring, Maryland 20904. In June 2000, the then Metropolitan of the American Diocese, late lamented His Grace Mathews Mar Barnabas, consecrated the church. On June 2008, Rev. Fr. Laby George Panackamattom was appointed as Vicar of St. Gregorios Orthodox Church and continues to provide direction to the St. Gregorios family under the guidance of the Holy Episcopal Synod of the Indian (Malankara) Orthodox Church, His Holiness Moran Mar Baselios Marthoma Paulose II, Catholicos of the East and Malankara Metropolitan, and His Grace Zachariah Mar Nicholovos, Metropolitan of the Northeast American Diocese. 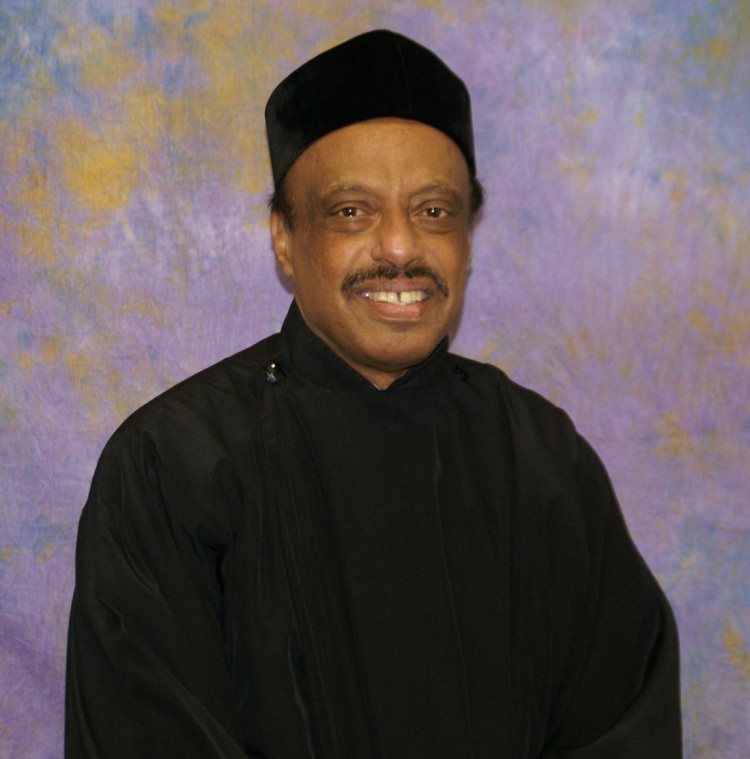 Late Rev. Fr. Koshy John, who offered the first qurubana for our church and was a visiting vicar, grew up in Thonackad, Kerala, India and completed his B.Sc at Palai University. He studied at the Kottayam seminary and then moved to New Orleans to study at the Baptist Theological Seminary, where he received his Masters in Theology. Fr. John earned his Masters degree in Education from the University of New Orleans. He was ordained in the Malankara Orthodox Church in 1973 and taught biology to high school students.

Fr. John remained committed to establishing the Malankara Orthodox services in the Southern United States and served as a spiritual guardian to many congregations in New Orleans, Texas, Oklahoma and Maryland. Fr. John celebrated 25 years of service as a priest in 1998 and received several accolades from the American dioceses for his devoted commitment until 2018. Late Fr. John is survived by his wife of 50 years Lilly, his daughters, Anjana and Anita and extended families who live in New Orleans.

In the early years, Fr. John was very influential in assisting as one of the priests who conducted liturgical worship in this Capitol region. St. Gregorios community wishes to thank Fr. John for his services to our community while we were in fellowship using rental spaces, prior to purchasing the current property. 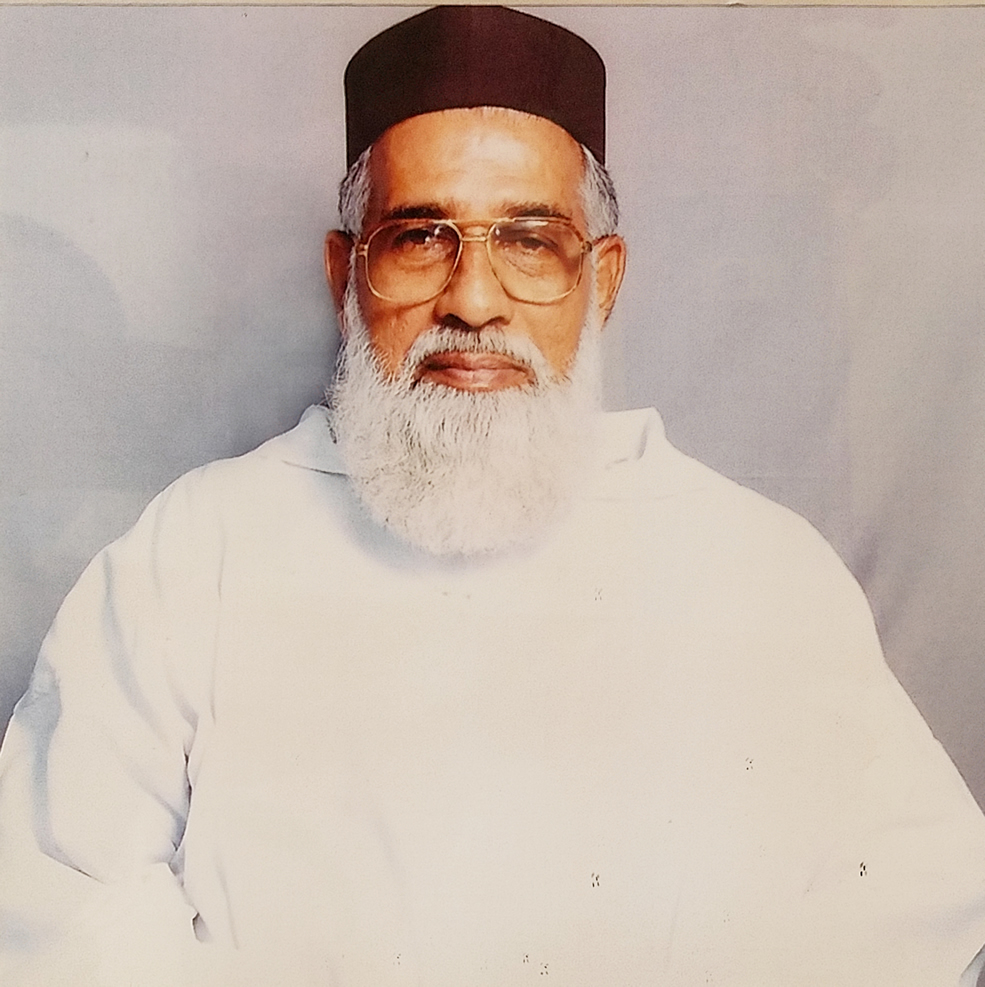 Rev. Fr. M. T. Kurian born to K. K. Thomas and Sosamma on 10 December 1936, in Areepparampu, Kottayam, India. He has secured a Bachelor of Arts degree from CMS college Kottayam, a Graduation in Sacred Theology from Old Seminary Kottayam, a post-graduation in Divinity from Asbury Theological Seminary Wilmore, Kentucky, USA and a Master of Arts in History from SFA State University, Texas. He is also a certified Clinical Pastoral Counsellor.

He served with the Order of the servants of the cross, a missionary organization of the Malankara Orthodox Syrian Church, from 1955 to 1958. He also served as the secretary of Metropolitan Paret Mathews Mar Ivanios of Kottayam during that period. He started his education at the Old Seminary for the diocese of Kottayam in 1958 and continued there till 1962.

On the 24th of May 1961, he was elevated to the rank ofKoruyo by Metropolitan Paret Mathews Mar Ivanios at the Bethany Monastery Chapel in Ranni - Perunadu. He was further elevated as pro-deacon (Yauppadiakkino) in the same year by Metropolitan Mathews Mar Coorilos of Kollam (Later Catholicos Baselios Marthoma Mathews II) on 22 June at Mavelikkara St. Paul's Mission Centre Chapel. He was ordained as deacon (M'Shamshono) by Metropolitan Paret Mathews Mar Ivanios on the 24 May 1962 at the Puthupally St George's Valiyapally church in and as a Priest in the service of the diocese of Kottayam by Metropolitan Mathews Mar Athanasios of outside Kerala Diocese (Later Catholicos Baselios Marthoma Mathews I) on 3 July 1962, the feast of Saint Thomas at Vadakkanmanoor St Thomas' church, Kottayam.

In between 1962-1990, he served in various parish churches of the Kottayam diocese includes Pallom St. Paul's, Kumarakom St. John's Puthen, Mundakkayam St. Thomas', Areepparempu St. George's, Karattukunnel St. Mary's, Pampady St. Mary's Simhasana, Thazhatthangadi Mar Baselius & Gregorios, Velloor St. Thomas' etc. Later, he served as the youngest diocesan secretary of Kottayam. He also served as the first program secretary of the Sophia Centre at the Old Seminary and as coordinator of the Sunday School Curriculum committee of the Oriental Orthodox Churches. He also served as the working president of the Aardra Charitable Society of The Malankara Orthodox Church. At present, he is the Patron of the Puliyayil Family Association.

He moved to the United States as a student in 1965. Later, he taught History at the Texas Southern University. He also served as a counsellor at the ARC of the government of Washington DC. He is one of the towering figures from the early years of the Malankara Orthodox diaspora in the US. He catered for the spiritual needs of the spurting Malankara orthodox congregations all across the US upon directives from Metropolitan Mar Athanasios. He was one of the pioneers who established the annual family conference of the American Diocese of the Malankara Orthodox Church. He was also the founder Vicar of St Gregorios' Church in Grater Washington and the St Thomas' Church in Baltimore, MD.

In 1990, Catholicos Baselius Marthoma Mathews I called him into his service and appointed him as the vicar of Mar Elia Chapel Devagiri, Kangazha. He also served as the chaplain of MGDM Hospital in Kangazha, India. He has completed 30 years in those assignments in 2020. 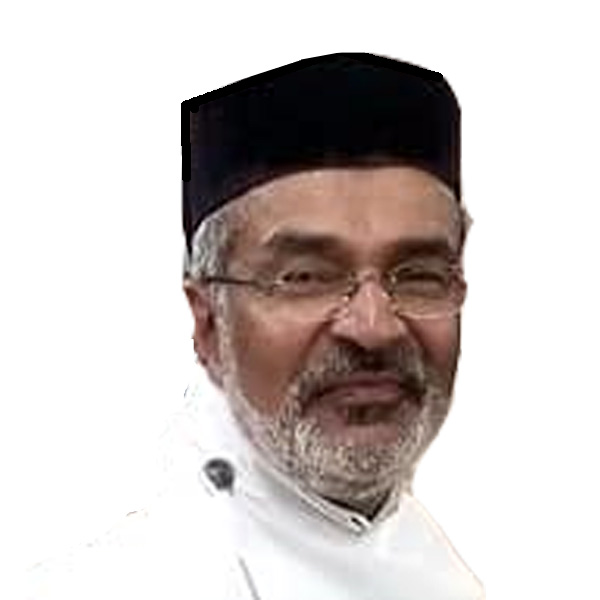 A native of Venmoney, Kerala, Rev. Fr. K. G. Philipose arrived in Boston in 1977 while the earlier churches in the Northeast Diocese were beginning to meet in rental spaces to conduct liturgical worship. Across the United States, the church community was steadily growing with newly arrived family members of parishioners.

In 1990, The Holy Synod placed our church under its direct authority and appointed the first vicar and Rev. Fr. K.G. Philipose as the first assistant vicar. Fr. Philipose continued to commute between Boston and Washington D.C. in the following months and was dedicated to our community until we were blessed to find a permanent vicar.

His willingness to conduct monthly worship services brought the Capitol region community in fellowship on important festival days. The dedicated services of several visiting priests and especially Fr. Philipose's dedication to his church will always be remembered in the history of St. Gregorios Church. 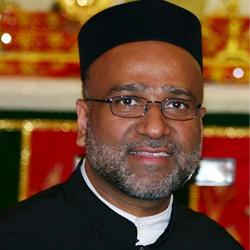 Rev. Fr. Alexander (James) Kurien came to the United States of America after completing high school in India. He attained Bachelor of Arts in religion and business, Master of Philosophy, and Master of Divinity. He was ordained as a deacon in 1983 and entered into priesthood in June 1987. He served at St. Mary's Orthodox Church of Tampa, Florida for two years after his ordination. In 1989, he was appointed as the officiating priest of St. Thomas Orthodox Church of Baltimore, and as the vicar of St. Gregorios Orthodox Church of Greater Washington in 1990.

Rev. Fr. Kurien managed to continue his ministry for 18 years at St. Gregorios while maintaining a highly accomplished position as the Director of the Office of Strategic Planning for the United States Department of State in Washington D.C. In 2000, he was very instrumental in acquiring the church property consisting of 4.5 acres of land. In 2007, he took a sabbatical from the day-to-day administration of the parish. He has conducted religious services in over 50 countries and had official meetings with leaders of Eastern and Oriental Orthodox churches.

He continues to enjoy his ministry and serve various parishes in close coordination with and under the guidance of the Metropolitan of the Northeast American Diocese. He is married to Ajitha Kochamma and live in Maryland with their three children: Alyssa, Natasha, and Elijah. We continue to be grateful for his service and pray for his well-being.